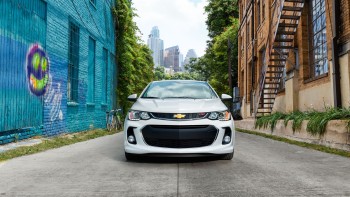 Chevrolet has become one of the leaders in finding innovative ways to work advanced powertrain designs and technologies into a broader range of its production models. As part of that effort, a Chevrolet nine-speed automatic transmission is undergoing final testing before making its way into a number of present and future Chevrolet vehicles. Tom Gill Chevrolet has all the details on why this is cause for excitement.

According to estimates from engineers, the Chevrolet nine-speed automatic transmission boosts fuel-efficient by 2% over the six-speed automatic it replaces. That may not sound like a substantial figure, but when you consider that it is just one part of a broader effort to boost fuel economy, the transmission is revealed to be an important component. Most of those gains are a result of the engine being able to run at the most efficient level for more of the time. In testing, the engine ran in ninth-gear an impressive 92% of the time.

Even though the extra gears do not greatly expand the size of the transmission, they do deliver a significantly smoother ride. Other automakers have experimented with eight- and nine-speed transmission with spotty results, but the Chevrolet nine-speed automatic transmission is a completely original design that has undergone extensive testing to work out any bugs.

Chevrolet plans to work this transmission into 10 different models by the end of 2017. Since it configures to both front- and all-wheel drive vehicles, it has broad applications. The six-speed automatic transmission found on many current Chevrolet models will remain in production into the foreseeable future; however, the obvious superiority of the nine-speed transmission is driving Chevrolet to make it a major feature of the automaker’s future lineup in the near future.

If you are dying to test out how this transmission feels on the road, it’s already a feature in one popular Chevrolet model – the 2017 Chevrolet Malibu with the turbocharged engine. Visit Tom Gill Chevrolet, located at 7830 Commerce Dr. in Florence, KY, to tour and test drive the 2017 Malibu or one of Chevy's other great vehicles!