Discover the Fascinating History of the Cincinnati Subway

Cincinnati is known for its unique chili, die-hard baseball fans, and stunning historic architecture. But did you know that the city is also the location of the country’s largest abandoned subway? Under the city streets there is a vast network of abandoned railways that never once served their intended purpose. Learn more about this fascinating Cincinnati attraction and plan to take a tour the next time one is offered. 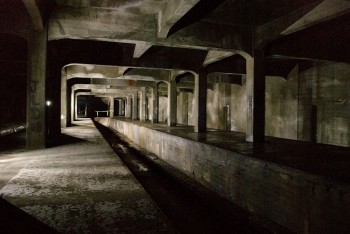 Cincinnati, like most rapidly-growing cities at the start of the 20th century, was looking for a way to quickly and affordably get people where they needed to go. Cincinnati had over 200 miles of street car tracks at the time, but a trip from the suburbs into downtown could routinely take over an hour.

A subway seemed like the logical solution, and $6 million was allocated for the project. The original design was conceived as a loop that traveled around the circumference of the city and hit most of the near suburbs, including St. Bernard and Norwood. With a design and funding in place, the initial stages of construction got underway in 1917.

Why was the Subway Never Completed?

In the history of large-scale infrastructure, there are few projects that seem as completely doomed to fail as the Cincinnati subway. Just 11 days before voters approved the project, the United States entered World War One, immediately diverting crucial resources and effectively shutting the project down entirely. After the end of the war, shortages caused the budget of the subway project to double. 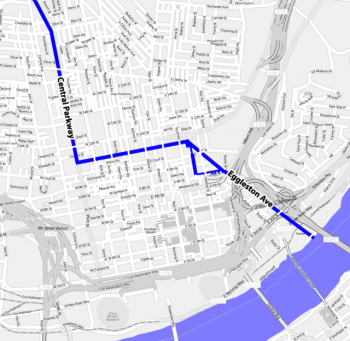 With the funds already allocated, construction got underway, and large sections underneath Cincinnati began to be excavated. Some were even developed enough to house passenger platforms and amenities. But with costs mounting and the scale of the subway ballooning out of control, the project was suspended indefinitely in 1927.

Schemes were devised at various points in the 20th century to salvage the unfinished subway, but the setbacks continued. The Great Depression dried up potential funding, and World War Two further drained momentum from the project. By the time city leaders considered a further push, Cincinnati’s population had leveled off and the car had become the preferred method of transportation.

Proposals for the unused subway have been floated, but none has managed to capture the attention of the public or local decision makers. A wine-maker wanted to turn the tunnels into a massive wine cellar and bottling plant in the 60s but could not secure the proper building codes.

One entrepreneur had plans to turn it into an underground mall and night club but could not raise the necessary funds. As recently as the early 2000s, a light rail project was proposed, but the multi-billion dollar price tag and 30 year project time line were roundly rejected by voters. The Cincinnati subway has never failed to attract interest, but a combination of poor planning, bad timing, and sheer rotten luck have kept the tunnel network abandoned from the start.

Out of safety concerns, most of the above-ground entrances to the subway have been secured. But twice a year Cincinnati residents and visitors have a unique opportunity to explore the creepy and fascinating subterranean subway system. The Cincinnati Museum leads guided tours through the tunnels lead by a guide and docent.

The five-block tour lasts around two hours and is accompanied by a fascinating talk detailing the original plans for the subway and its unfortunate history of failure. The dark and dusty tunnels are not the most visually-striking features of Cincinnati, but they are certainly one of the most curious. If you have a sturdy pair of boots and like your history to be a little haunted, we can’t recommend the tour enough.