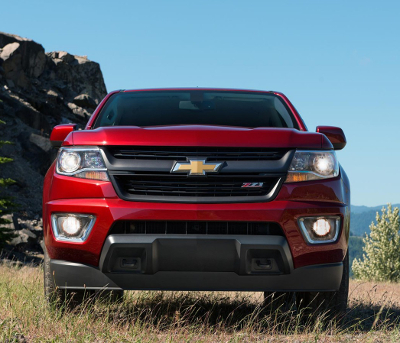 Are you a driver looking for a midsize pickup truck that has the capabilities you need at an affordable price, but that also saves you money at the pump? Then it’s time to check out the 2016 Chevrolet Colorado mpg ratings. The new Chevy Colorado is back this year with three available powertrains, including an all-new turbodiesel engine the delivers the best fuel economy of ANY pickup truck on the market today. That’s right; this is top of the heap!

The 2016 Chevrolet Colorado’s great fuel economy didn’t just happen on accident. It happened through the painstaking design work and a dedication to high-quality powertrains:

And the engines that produce these solid Colorado mpg numbers are no slouches either. You can find substantial power alongside those class-leading fuel economy numbers:

Save More Money with the 2016 Chevrolet Colorado

From its great MPG ratings to its starting price from just $20,100 MSRP, the 2016 Chevrolet Colorado is made to save you money without compromising the performance you need to get the job done. Check out the 2016 Chevy Colorado in person at Tom Gill Chevrolet in Florence, KY, or contact us for more information.