Race Through Florence and Cincinnati in a 2015 Chevrolet Corvette

The Chevy Corvette has always been synonymous with blistering performance and unmistakable style, and the latest generation is no different. The 2015 Chevy Corvette Stingray coupe takes everything that has always been exceptional about this model and updates it for the present and future. Find out just how impressive the Corvette has become by visiting Tom Gill Chevy in Florence. We are less than 20 minutes from Cincinnati and the area’s premier source for Corvettes in every color and with every option.
? 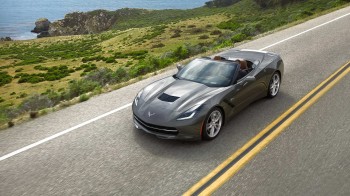 You might think that a new Corvette is outside of your budget, but there are options that are more affordable than you expect. This is a sports car that rivals European imports at a fraction of the cost. And if price is not a concern, you can enhance your Corvette to offer hair-raising levels of speed and power while enjoying a long list of premium features. 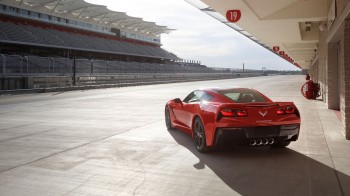 The 2015 Chevy Corvette coupe is like a track car that is street legal, a supercar that is accessible, or a rocket that has four wheels. In short, it provides levels of performance that are hard to find anywhere else on the road. Sitting behind the wheel of this car as the pavement disappears behind you is an experience that can’t be missed.

Standard in all trims is a 6.2L V8 that puts out 455 hp and 460 lb-ft of torque. An optional performance exhaust raises those numbers to 460 hp and 465 lb-ft of torque. That’s a lot of speed as proven by the Corvette’s zero to 60 mph time of 4.1 seconds. A seven-speed manual transmission with automatic rev-matching is standard, but an eight-speed automatic is optional. Both offer a launch control mode.
? 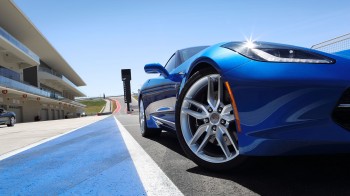 The latest Corvette is more than just a massive engine. It is also enhanced with thoughtful features and advanced technologies to ensure that every trip is comfortable, convenient, and safe. 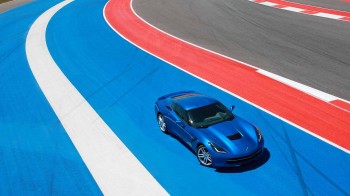 You don’t have to be an automotive expert to appreciate all the time and work it took to build the latest Corvette, but it helps. Below is a sampling of the critical response to this year’s model. Not surprisingly, many critics have focused on what a value the new Corvette is, offering superior performance and premium features for far less than the competition.

If you have some time to kill, why not spend it racing around in the newest Corvette? As long as you have a pulse, you won’t be disappointed. Drive just 15 minutes south of Cincinnati, and visit Tom Gill Chevy at 7830 Commerce Drive in Florence, KY. We are located eight off of I-71, just across from the City of Florence Golf Course. The 2015 Chevy Corvette is on our lot now, just waiting for someone to start the engine and step on that gas. Visit us seven days a week to bring it to life and remember every vehicle features the Tom Gill Advantage!
?