At our Chevy dealership serving Cincinnati, we are currently carrying the 2015 Chevrolet Cruze. This compact sedan was just introduced a few years ago and has received lots of attention for its fuel-efficient and performance, as well as its eye-catching styling. The 2015 Cruze is a sedan that’s affordable without being plain and boring. Keep reading to learn more about the latest version of this exciting and versatile sedan. 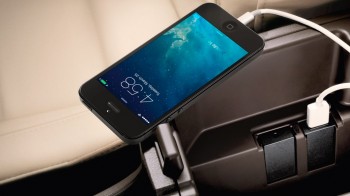 Many customers want to know when they get to the lot if there are any upgrades or changes for the new model. With the 2015 Chevy Cruze, there are quite a few new things to be aware of. The first is that the front end design has been revamped to be better than ever. There are also a few new features available like a special Siri Eyes Free mode for iPhone users along with 4G LTE Wi-Fi that has been built into the car’s OnStar system. This feature is available in most 2015 Chevy models and lets you connect up to seven devices. 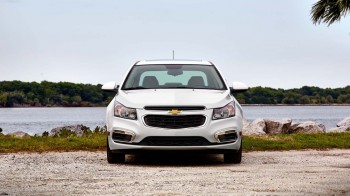 One of the major benefits of choosing a smaller compact car is its going to be more affordable than a midsize or a compact crossover. The 2015 Chevy Cruze price starts low and there are multiple trim levels available so you can get exactly the sedan right for you: 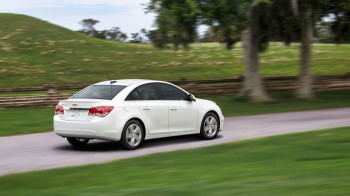 The starting 2015 Chevy Cruze LS comes equipped with a 1.8L four-cylinder engine producing 138 hp and 125 lb-ft of torque. For more power, the higher trims are paired with a 1.4L four-cylinder engine that has been turbocharged to boost torque up to 148 lb-ft. No matter which engine you choose, the Chevy Cruze comes with front-wheel drive. A six-speed manual and a six-speed automatic transmission are available depending on your driving needs. 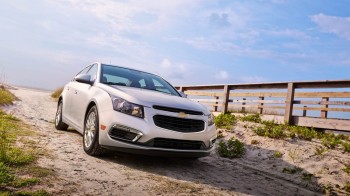 A major benefit of choosing the 2015 Chevy Cruze is its fuel efficiency. Starting off with the basic Cruze LS model and the 1.8L four-cylinder engine, these are rated by the EPA at up to 25 mpg city and 36 mpg on the highway with the manual transmission. For increased fuel economy, in addition to more torque, choose a model with the turbo engine. These are rated at 26 mpg city and 38 mpg highway. There’s also a special Cruze Eco model with aerodynamic enhancements that further boosts fuel economy to 28 mpg city and 42 mpg highway.

The standard gasoline Cruze comes in five unique trim levels, each equipped with a number of incredible features: 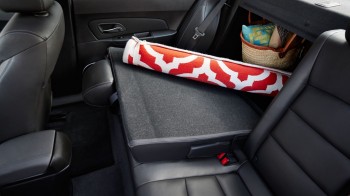 Just like the stylish exterior design, the 2015 Chevy Cruze interior is quite classy and looks more luxurious than other vehicles in the class. That’s thanks to a trendy two-tone color palette, comfortable seats, and an assortment of modern technology (particularly on models with the seven-inch touchscreen interface). The Cruze interior is also notable for its large 15 cubic feet of trunk space, which is on the large side for this class.

The Chevy Cruze is a terrific car for families in the Florence and Cincinnati areas. In addition to offering a variety of safety features, the Cruze has done very well in safety tests: 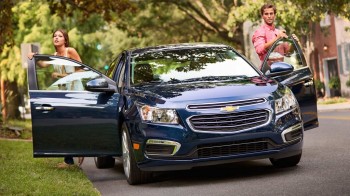 Besides buying a 2015 Chevy Cruze, you also have the option of leasing one. Many people prefer to lease because it may be more affordable for them to drive a better car or because they like to frequently drive new cars. Feel free to contact our dealership to learn more about your leasing options.

You don’t have to wait for a release date because Tom Gill Chevrolet has the new Cruze in stock right now. Come to our dealership at 7830 Commerce Drive in Florence where we are only a short drive away from the greater Cincinnati area.