Cincinnati-area drivers looking for a spacious sedan that can meet all their transportation needs while delivering impressive levels of comfort and convenience should check out the 2015 Chevy Impala. This smart and powerful sedan was designed to be the one vehicle that drivers need to meet all their transportation needs. Learn about all that this full-sized sedan has to offer, and then make the short drive from Cincinnati to visit Tom Gill Chevy in Florence. 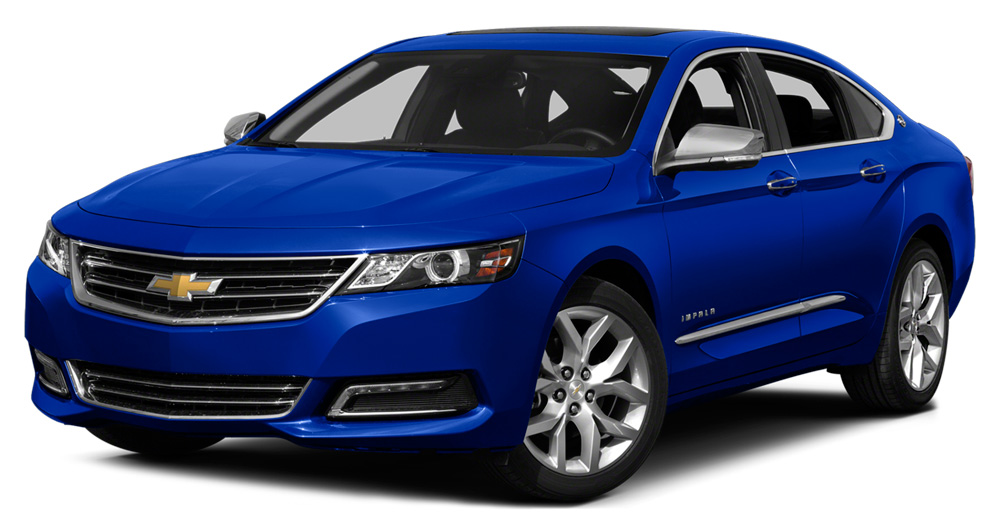 The 2015 Chevy Impala is affordably priced at all time levels. Compared to similar models, this new Chevrolet Impala delivers true value. Here are the main price points for this year. Note that the LT and LTZ trims are divided by the engine under the hood: 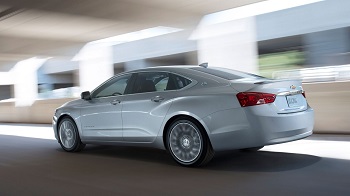 The 2015 Chevy Impala is notable for its perfect blend of sporty agility and muscular capability. A major benefit of choosing a large vehicle like the Impala is the ability to get more power than a midsize or compact. This year, choose from one of two distinct powertrains:

The 2015 Impala features a unique engine that can run on both conventional gas and natural gas, and switches between the two fuels seamlessly. A tank in the trunk holds eight gallons of clean burning and affordable natural gas, and when it reaches its 150-mile range, it automatically switches over to conventional gas and goes for another 350 miles. As natural gas becomes increasingly available at local gas station, this will be an economical, sustainable, and technologically viable alternative to the rest of the “green” cars on the road. 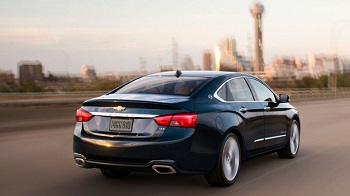 Even without the natural gas option, the 2015 Chevy Impala delivers superior levels of fuel economy:

The latest Impala offers unexpected levels of convenience and luxury no matter what trim level you are driving. Exciting new technologies are now included standard for the 2015 model year, including a 4G LTE hotspot that delivers Wi-Fi internet access to up to seven devices anywhere, at anytime once you sign up. The LT and LTZ trim levels are subdivided, but in terms of features the only difference is the four-cylinder engine on the 1-trim, and the V6 engine on the 2-trim: 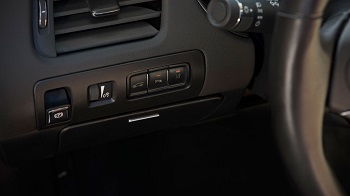 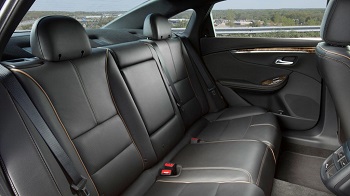 The interior of the 2015 Chevy Impala deliver generous amount of space for as many as five passengers, plus plenty of room to haul lots of cargo including bulky, long, and oddly-sized items:

The advanced safety features built into the 2015 Chevy Impala ensure that drivers and passengers are well protected from common and unexpected roadway hazards.

Visit Tom Gill Chevy at 7830 Commerce Drive Florence, Kentucky to test drive the new 2015 Chevy Impala. We are conveniently located just 15 minutes from Cincinnati, right down I-71 and off of exit 181. Plan a trip to our dealership seven days a week to discover what is so exciting about the Impala.