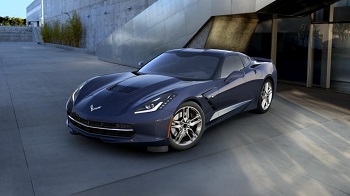 This year, America’s favorite sports car returns with commanding performance from head to tail. It doesn’t stop with jaw-dropping horsepower and handling, though. The 2016 Chevrolet Corvette’s trims and features are downright inspiring, allowing you to fit your model to your precise specifications including some of the most advanced technology on the market.

The 2016 Chevrolet Corvette 1LT might be a base trim, but every version rides on 18-inch front wheels and 19-inch rear wheels and gets fitted with Brembo brakes. Inside the cabin you’ll get leather seats, dual-zone climate control, and Chevrolet’s OnStar telematics system with emergency crash notification and a 4G LTE Wi-Fi hotspot. Other technology includes Bluetooth connectivity, the Chevrolet MyLink system, which hooks your smartphone and favorite apps up to en 8-inch central command touchscreen, and a nine-speaker Bose stereo system and satellite radio.

The 2016 Chevrolet Corvette 2LT provides upgrades in both convenience and comfort. The seats are heated, ventilated, and come with power lumbar support for extra comfort. Plus, this version gets a Bose stereo system, as well, but it adds a subwoofer to the equation. Driving will be easier, too, with the auto-dimming rearview and side mirrors.

Go with the top-of-the-line 2016 Chevrolet Corvette 3LT, and you’ll notice enhanced leather upholstery. There’s also a standard navigation system and a more striking instrument panel with a Performance Data Recorder device so you can monitor your movement on the track or around town.

Available in 1LT, 2LT, and 3LT versions, the Z51 is a performance-oriented version of the 2016 Chevrolet Corvette Stingray that comes with plenty of sporty features, such as: 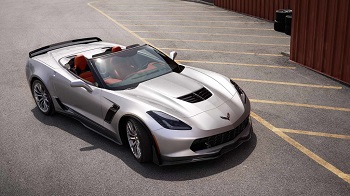 The 2016 Chevrolet Corvette Z06 is in a class of its own, fitted with a supercharged version of the Corvette’s 6.2L V8 engine and a range of equipment that put it among most high-performance sports cars in the world.

Find Out Which 2016 Chevrolet Corvette Trim is for You

Think you’re ready to take the next step? Get to Tom Gill Chevrolet to test drive the 2016 Chevrolet Corvette today, or contact us to see what’s in stock right now!