The 2016 Chevrolet Sonic Reviews Speak for Themselves

Available in sedan and hatchback formats, the 2016 Chevrolet Sonic returns to the subcompact segment with plenty to offer. From its spunky performance to its adaptable cabin, it’s no surprise that it has received lots of attention. Indeed, the 2016 Chevrolet Sonic reviews are coming in, and critics seem to agree that this affordable small car is among the best in its class. 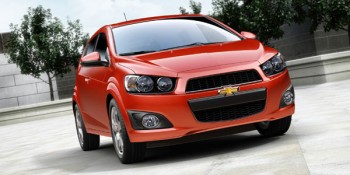 “The 2016 Chevrolet Sonic remains stylish and comfortable, and it scores big not only on safety ratings, but also driving fun.”

The 2016 Chevrolet Sonic has earned a five-star overall safety rating in government crash safety tests from the National Highway Traffic Safety Administration. As of this writing, the 2016 Chevrolet Sonic had not yet been rated by the Insurance Institute for Highway Safety, though the 2015 model earned the top rating of “Good” in all crash test categories.

Plus, every Sonic comes standard with 10 airbags, and you’ll also find electronic stability control and antilock brakes on all models. Advanced safety tech comes in the form of a rearview camera and forward collision warnings. 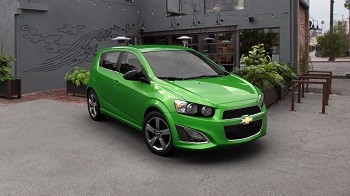 “The Sonic puts a bow tie on a handsome compact, featuring spirited styling along with responsive and agile handling.”

The 2016 Chevy Sonic’s sporty appearance is backed by plenty of performance. For the spirited driver who wants lots of kick, the 1.4L turbocharged inline-four delivers confident driving. Matched to a six-speed automatic transmission, the turbocharged engine generates a confident 138 hp and 148 lb-ft of torque. LT buyers can also opt for this upgraded powertrain if they so choose. Fuel economy is quite strong at up to an EPA-estimated 40 mpg highway and 29 mpg city.

Are you looking for more style and fun from an affordable small car? The 2016 Chevrolet Sonic delivers in every way while adding a well-equipped cabin to the mix. Find it more at Tom Gill Chevrolet, located near Cincinnati at 7830 Commerce Dr. in Florence, KY. Feel free to contact us for the latest information on this model!