CALL US FIND US
You Are Here: Home > 2017 Chevrolet Cruze Hatchback Reviews

The all-new 2017 Chevrolet Cruze Hatchback is finally here, and a lot of people are excited about this year’s model. Critics are have already raved about it, with Top Speed praising its “improved interior” and “updated powertrain.” Meanwhile, Edmunds touts its “handsome cabin,” and Cars.com notes its “uptick in usable maximum cargo capacity.” Finally, Car and Driver mentions the benefits of its “sound-deadening measures” in the cabin. See what the critics have said about the Cruze Hatchback, then head to Tom Gill Chevrolet to make the judgement yourself! 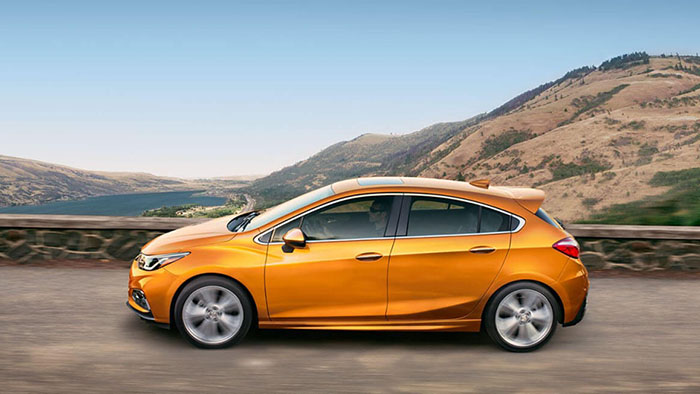 The Chevy Cruze Hatchback runs on a turbocharged 1.4L inline-four engine that makes a confident 153 hp and 177 lb-ft of torque, which it delivers via standard six-speed automatic transmission. It will also save you money on gas with up to an EPA-estimated 40 mpg highway and 30 mpg city.

“You'll like the way the Cruze sips gas and how its handsome cabin has a surprising amount of room for you and your passengers.”

The interior of the 2017 Chevy Cruze Hatchback is surprisingly spacious and sophisticated for a vehicle in the compact car segment. It seats up to five passengers, and is offered with standard features like Bluetooth, OnStar telematics, and 4G LTE Wi-Fi connection, and a 7-inch Chevy MyLink touchscreen with Apple CarPlay and Android Auto. Move up the line for available features like heated front and rear seats, a heated steering wheel, full leather upholstery, and a variety of driver assist safety features. 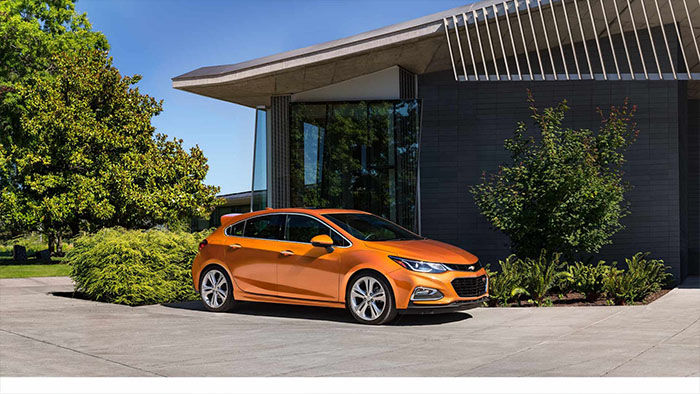 “It shares all of the sedan's updates and changes and doesn't really bring any new content to the party — it rides on the same suspension, uses the same powertrain and has the same interior. The biggest difference is the uptick in usable maximum cargo capacity when the rear seats are folded.”

If you like the idea of owning a hatchback that gives you extra room for storage when you need it, the Cruze Hatchback is clearly the way to go. In addition to offering up more standard cargo space in back than the sedan, you can also fold down the rear seat to access a max cargo area of 47.2 cubic feet.

“The transformation doesn’t come at the expense of the sedan’s admirably quiet demeanor, either. Chevrolet engineered sound-deadening measures into the cargo area, aiming to keep the hatchback as serene at speed as the sedan.”

On top of the practicality, style, and entertainment of the 2017 Chevy Cruze Hatchback, you’ll also find that this model delivers a quiet and serene cabin environment—even when you reach highway speed limits.

Step Inside the 2017 Chevy Cruze Hatchback

Are you ready for a hatchback that can do everything you need for less? Come and see the new Cruze Hatchback at Tom Gill Chevrolet, located near Cincinnati at 7830 Commerce Dr. in Florence, KY. Our team is standing by to take your calls.