CALL US FIND US
You Are Here: Home > The Major Changes for the 2016 Chevrolet Malibu

The Major Changes for the 2016 Chevrolet Malibu

The 2016 Chevrolet Malibu changes are extensive thanks to a full overhaul that makes this popular midsize family sedan an even more appealing choice for drivers in Florence and Cincinnati. At the heart of the redesign is a pair of fast and fuel-efficient turbocharged engines, and the latest Chevrolet Malibu also features a larger cabin with more high-quality flourishes throughout, as well as new technologies like Apple CarPlay, Android Auto, and a number of advanced safety features.

Perhaps the most significant changes for the 2016 Chevrolet Malibu would be the replacement of the old engines with two sophisticated turbocharged engine options. The new base powertrain is a turbocharged 1.5L inline-four engine that puts out 160 hp and 184 lb-ft of torque. It comes with a six-speed automatic transmission and achieves an impressive EPA-estimated 37 mpg highway and 27 mpg city with the help of an auto stop/start system.

The top two trim levels come with a turbocharged 2.0L inline-four engine that serves up 250 hp and 260 lb-ft of torque via a new eight-speed automatic transmission. Despite that strong output, it still gets an EPA-estimated 33 mpg highway and 22 mpg city. 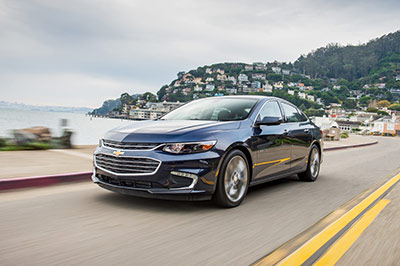 The 2016 Chevrolet Malibu is four inches longer than the model it replaces. The result is a car that feels significantly more spacious. There’s particularly more room for rear seat passengers, as well as tall front seat passengers who will have extra headroom. The total interior volume of the new Malibu is a cavernous 118.7 cubic feet. You can also fit plenty of cargo in the new Malibu’s trunk, which measures 15.8 cubic feet. The materials in the cabin are very high quality, including soft-touch surfaces on the dashboard. 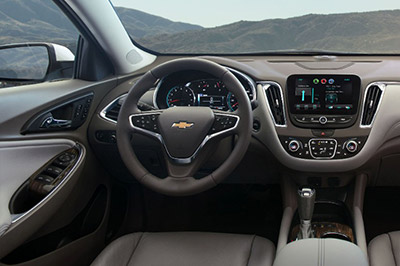 In recent years, Chevrolet has made a name for itself as a leader when it comes to accessibly priced high-tech features. This trend continues with the 2016 Chevrolet Malibu. Enjoy a new version of the Chevrolet MyLink touchscreen infotainment system, which now comes with Apple CarPlay and Android Auto smartphone integration on a standard 7-inch screen neatly integrated into the center stack. In addition to already available safety tech like lane departure warning and forward collision warning, this year’s model also offers automatic parking, adaptive cruise control, and a better collision mitigation system with autonomous emergency braking. 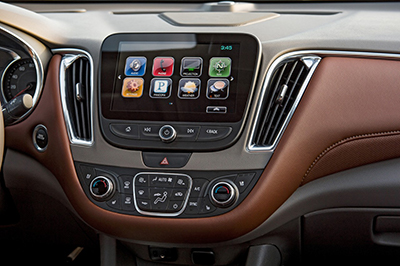 There are a lot of reasons that so many people are talking about the all-new 2016 Chevrolet Malibu and its many changes. Take the time to see this redesigned midsize sedan by visiting Tom Gill Chevrolet, located near Cincinnati at 7830 Commerce Drive in Florence, KY. Get in touch with our sales team to find out more or set up a test drive.