CALL US FIND US
You Are Here: Home > 2017 Chevrolet Sonic Reviews

In the small sedan and hatchback segment, the 2017 Chevrolet Sonic is making an impression on industry experts this year. The Car Connection takes a look at the “safety and features improvements,” and U.S. News and World Report says it “offers more value than most other subcompact cars.” Finally, Edmunds claims that it’s “fun to drive”—something that can’t be said about some subcompact cars. Before taking a test drive at Tom Gill Chevrolet, take a more thorough look at the reviews of the 2017 Chevy Sonic. 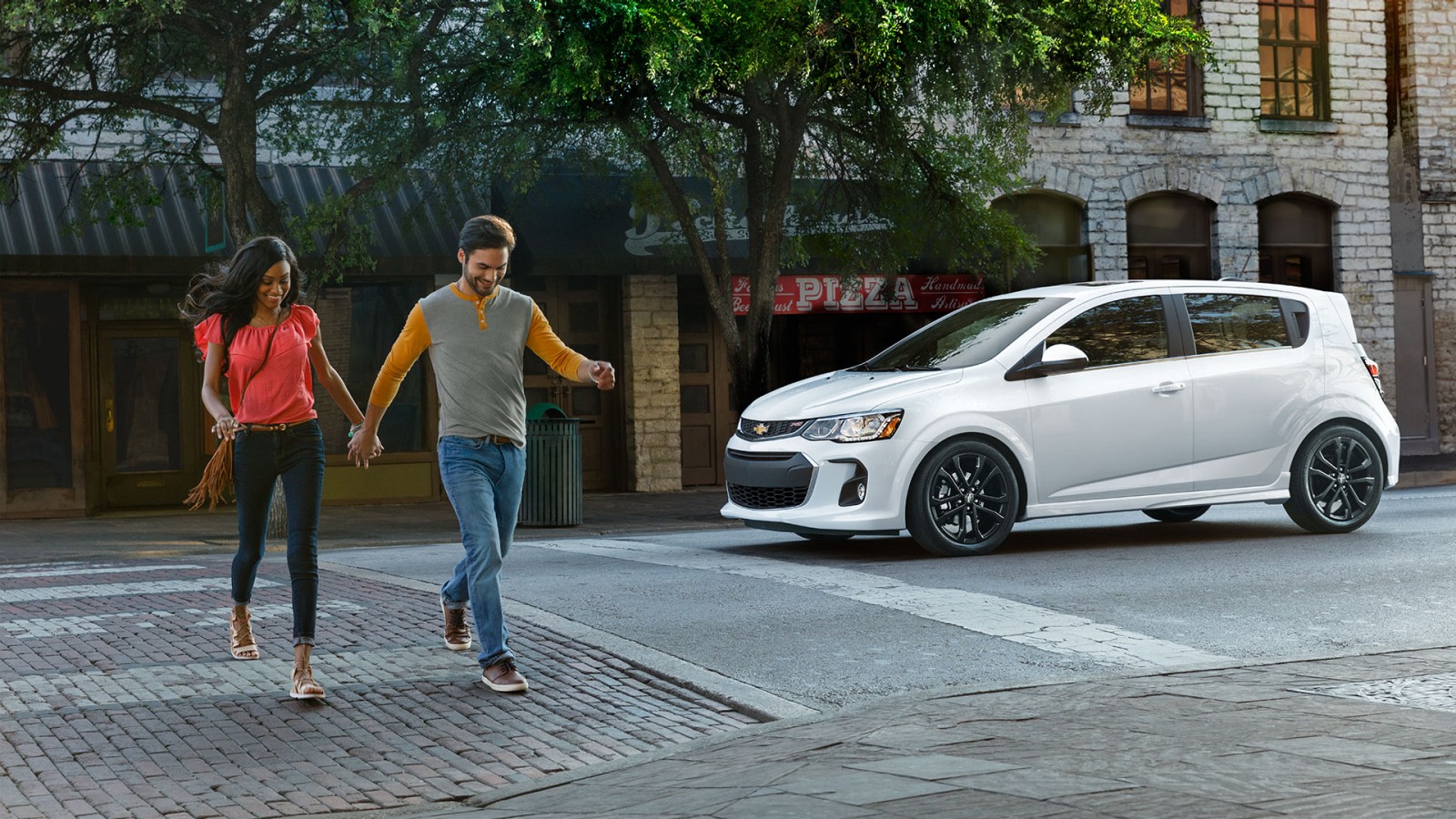 “The 2017 Chevrolet Sonic gets some safety and features improvements, and should continue to score big on refinement and driving fun.”

The Chevy Sonic has been delivering more advanced features than much of the competition for a while now, but this year’s model marks a big bump in the features department. Every model now comes standard with a 7-inch touchscreen interface with Chevy MyLink, which includes Apple CarPlay and Android Auto, as well as a rearview camera. Other new features include updated exterior styling and upgraded LED daytime running lights.

“According to our analysis of automotive reviews and data, the 2017 Chevrolet Sonic offers more value than most other subcompact cars. It comes loaded with standard features that the majority of competing cars don't even offer.”

Value is definitely the name of the game with the 2017 Chevy Sonic, which gets you all of the exciting features and performance specs above while remaining quite accessibly priced with an MSRP ranging from just $15,145 for an LS sedan to $21,215 for the top-of-the-line Premier hatchback.

"The 2017 Chevrolet Sonic stands out for its comparatively roomy interior, many standard features and available hatchback body style. It's even fun to drive, especially if you opt for the turbocharged engine."

Even the base 1.8L four-cylinder engine on the 2017 Chevy Sonic offers up a generous 138 hp, but if you opt for the turbocharged 1.4L inline-four—which comes available on the LT trim and standard on the Premier—then you’ll get a commanding 148 lb-ft of torque as well. While the driving dynamics of this dynamic small sedan and hatchback are sportier than you’d expect for a vehicle at this price, you’ll still get great fuel economy as well—up to an EPA-estimated 40 mpg highway, in fact.

Make Your Own Decision About the 2017 Chevrolet Sonic

It doesn’t take deep research to see how the 2017 Chevrolet Sonic is ready to satisfy your daily driving needs and desires with plenty of style and personality. We’re open for sales every day of the week, and we invite all of our customers to contact us with any questions. Otherwise, just stop in and see us at 7830 Commerce Dr. in Florence, KY.