If you are looking for a functional and affordable sedan that is loaded with features, style, and technologies, Chevy has two great options for you. Both the compact 2014 Chevy Cruze and the midsize 2014 Chevy Malibu give you more options than you will find with other automakers. For commuters, young professionals, smaller families, and travelers, either of these models is a great choice. Visit Tom Gill Chevrolet, your Cincinnati-area Chevy dealer, and decide which car is right for you.

See How the 2015 Models Compare

Both Vehicles at a Glance 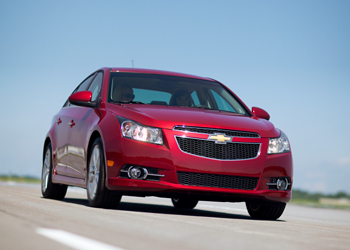 Both the Cruze and the2014 Chevrolet Malibu are competitively priced, and when you learn about all that they come with standard, it’s clear what a great value they really are. The 2014 Chevy Cruze price starts at $21,855. That situates it easily into the budget of most car buyers, and when you rely on Tom Gill Chevrolet’s no-hassle financing options, you can be sure the Cruze is within reach.

The 2014 Chevy Malibu has a slightly starting price at $25,755. For the extra money, you get added space, an enhanced interior with more features, and a stronger engine. Ask yourself what you really want in a vehicle, and it will be clear which Chevy model is right for you.

Chevy understands what a burden gas prices are on today’s drivers. That is why they have designed both the Cruze and the Malibu to get exceptional fuel efficiency ratings no matter where you are driving. If you are feeling taxed at the pump, go with a Chevy model that can help you stretch your transportation budget a little further:

The Chevy Malibu is the stronger of the two vehicles, but as you learned in the previous section, the Cruze makes up for its smaller power numbers by delivering exceptional fuel economy. If you plan to spend a lot of miles on the road, especially in the city, the Cruze is probably the smart choice. If you need a vehicle that can muscle down the highway and handle heavier loads, go with the Malibu. 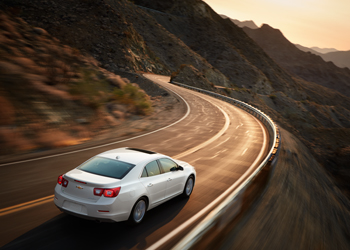 The Chevy Cruze offers a lot more standard features and available technology than you would expect to find in a vehicle this accessible. The Malibu astounds even further by rivaling entry-level luxury vehicles, but for at least $10,000 less. Here are some of the major features for both models: 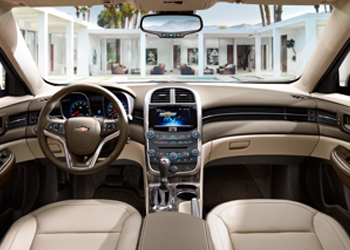 Which Vehicle is Right for You?

While both models are excellent choices, which one is going to suit your driving needs?
View Cruze InventoryView Malibu Inventory

Decide Which Chevy is Right for You at Tom Gill Chevy

You really can’t go wrong with either of these vehicles. To see both these vehicle in person and experience how they do on the road, visit Tom Gill Chevrolet at 7830 Commerce Drive in Florence, KY. We are located just 15 minutes from Cincinnati, right down I-75, and easy to find across from the City of Florence Golf Course. Test drive both of these great Chevy models, and find out once and for all which one works best for you.