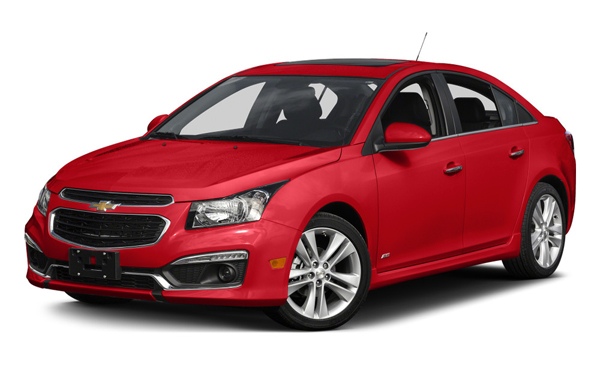 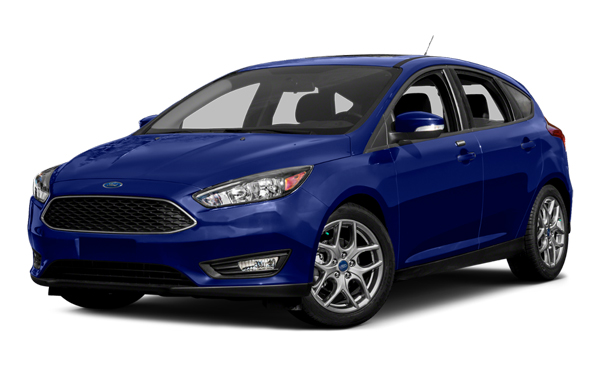 A solid choice in the small sedan class, the 2015 Chevrolet Cruze boasts high fuel efficiency, more than enough cargo space, and top safety ratings. What’s more, the latest Chevrolet Cruze offers high-tech features unavailable in other cars in the segment, specifically built-in Wi-Fi. Take a moment to see how it compares to the likes of the 2015 Ford Focus, but the team at Tom Gill Chevrolet is confident that you’ll find the 2015 Chevrolet Cruze is the superior sedan.

When it comes to powertrains that produce hefty power, the 2015 Chevrolet Cruze wins outright thanks to its turbocharged 2.0L four-cylinder diesel engine that makes 264 lb-ft of torque. This machine allows for an EPA-estimated 46 mpg highway, highly impressive fuel economy numbers in the small sedan segment. The 2015 Ford Focus has no diesel powertrain to offer, and its 2.0L four-cylinder engine puts out a measly 146 lb-ft of torque. When matched to a six-speed automatic transmission, the Focus gets a lesser 40 mpg highway.

Drivers hitting the road today crave the latest automotive technology, and the 2015 Chevrolet Cruze delivers. The automaker’s exclusive OnStar telematics system comes standard on every version of the Cruze and boasts an innovative 4G LTE Wi-Fi hotspot capability. This system lets up to seven devices connect to the Internet while on the go. The 2015 Ford Focus has no such offering at any trim level.

Although both the 2015 Chevrolet Cruze and the 2015 Ford Focus earned perfect five-star ratings in crash tests with the National Highway Traffic Safety Administration, the Cruze beat out the Ford in one crucial category: total frontal-impact protection. The Cruze received five stars, while the Focus received just four. What’s more, Chevrolet’s OnStar telematics system proves useful in case of emergency, with automatic crash notification and on-demand roadside assistance. The Focus, meanwhile, has the available Ford MySync system, which calls 911 only when paired with a cell phone.

Not only can the 2015 Chevrolet Cruze comfortably seat driver and passengers alike, but it allows you to load up lots of luggage thanks to a trunk measuring at an impressive 15.0 cubic feet. And though opting for the diesel engine lowers this number, you can still expect 13.3 cubic feet of dedicated cargo space. The 2015 Ford Focus, on the other hand, offers a mere 13.2 cubic feet for cargo in the sedan format.

Now that you realize that the 2015 Chevrolet Cruze is the obvious choice in the small sedan segment, you should head to Tom Gill Chevrolet to take it for a spin. The dealership is located at 7830 Commerce Drive in Florence, Kentucky, a short drive across state lines from Cincinnati. Get in touch with any questions about the latest Cruze before you make your way here!