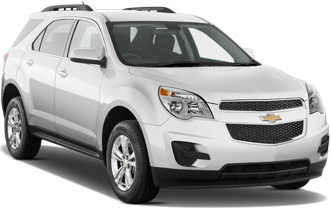 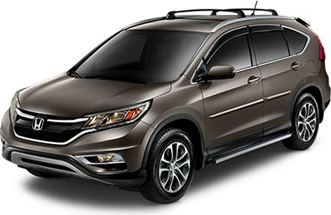 The 2015 Chevrolet Equinox and the 2015 Honda CR-V are both popular family crossover for drivers in the Florence and Cincinnati area. But which compact CUV is right for your family? Here’s a look at how the two models compare to each other.

Both Vehicles at a Glance

The 2015 Chevrolet Equinox features an optional 3.6L V6 engine that produces a whopping 301 hp and 272 lb-feet of torque. You can choose front-wheel drive or all-wheel drive for this engine. When equipped with the proper towing mechanics, this engine can tow up to 3,500 pounds. The basic engine is a 2.4L four-cylinder that gets 182 hp and 172 lb-feet of torque, and it can tow up to 1,500 pounds.
The 2015 Honda CR-V only comes with a 2.4L 4-cylinder engine, however. Unlike the Equinox, the CR-V’s engine can only tow up to 1500 pounds.

Standard features on the base L level of the 2015 Chevrolet Equinox, like a trip computer, keyless entry, and a power adjustable driver’s seat, are available on the base L level, where on the 2015 Honda CR-V these only emerge on upgraded trim levels. Features like satellite radio are available on lower-level trims of the Equinox, where they’re premium or luxury features only for the CR-V. Meanwhile, the Equinox boasts a number of features that aren’t available on the CR-V at all. A roof rack for managing your luggage and cargo needs, remote start via wireless key fob, voice controls for the audio and navigation system, and a sunroof count among these features. You’ll also get a rear-seat entertainment system for keeping small passengers in the back contented and quiet, as well as the Wi-Fi hotspot capability that comes from the included OnStar telematics hardware.

The 2015 Chevrolet Equinox’s most unique safety features might be the OnStar telematics system. OnStar has a suite of safety features that include functions like immediate access to OnStar emergency services, roadside assistance anywhere in the United States, and immediate crash or collision notification.

Both vehicles received four out of five starts in government crash tests, as well as the highest possible rating of “good” in testing from the Insurance Institute for Highway Safety.

Which Car is Right For You?

The 2015 Chevrolet Equinox has some clear advantages. The choice of engines and towing capacity makes it great for those who need to haul a lot of cargo or need a powerful engine for tough roads. You’ll also get more features on lower levels, as well as more optional features available to you. The OnStar telematics system might be the real deciding factor for many thanks to its safety, navigation, and Wi-Fi features.

Check out the Equinox Today