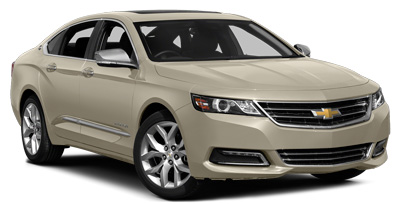 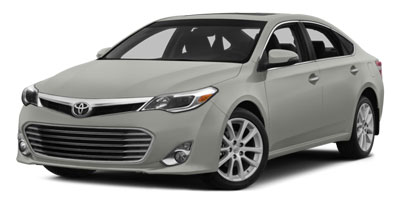 Combining sleek style, a roomy interior, and premium performance into one full-size sedan is rare, to say the least, but the 2015 Chevrolet Impala incorporates each of these aspects and more. Passengers and drivers from Cincinnati, Florence, and beyond can stay better connected while on the go while enjoying a gentle, fuel-efficient, and high performance ride to boot. See how the latest Impala compares to the 2015 Toyota Avalon before heading to Tom Gill Chevrolet to get behind the wheel.

You don’t have to stretch your budget wearily thin in order to purchase a reliable and well-equipped family sedan. The 2015 Chevrolet Impala starts at a reasonable MSRP from just $27,060, getting you an array of features and performance options to enhance each and every ride. The 2015 Toyota Avalon, however, comes in at a costlier MSRP of $32,285 to start, providing you and your family with far fewer conveniences than what’s offered on the Impala.

Just because you plan to primarily use your vehicle for a daily commute or transporting your family from one place to the next doesn’t mean that you have to skimp when it comes to performance. Opt for the 2015 Chevrolet Impala, and you’ll constantly be surprised with its exhilarating driving capabilities.

Standard on each trim of the 2015 Chevrolet Impala is the OnStar telematics system, which allows for automatic crash notification, a button to request immediate emergency assistance, and the ability to aid in tracking down a stolen vehicle. For a similar system on the 2015 Toyota Avalon, you’d be required to pay a pretty penny in added costs.

In crash tests with the National Highway Traffic Safety Administration, the Impala comes out on top as well, earning a perfect five-star rating in the frontal-impact category. The Avalon, however, received just four stars in the same test.

The most significant difference in features installed in the 2015 Chevrolet Impala versus those in the 2015 Toyota Avalon would have to be the 4G LTE Wi-Fi that’s now standard in all Chevrolet vehicles. The OnStar system allows the Impala to convert into an Internet hotspot, with up to seven devices able to connect anywhere at any time. The Avalon has no such on-the-go connection, standard or otherwise.

Now that the 2015 Chevrolet Impala has revealed itself as the obvious choice, it’s time to get behind the wheel at Tom Gill Chevrolet, located at 7830 Commerce Drive in Florence, Kentucky. Of course, don’t hesitate to contact the dealership online or at (855) 977-0189 should you have any questions about the Impala before your visit.