The Chevrolet Corvette has always been synonymous with head-turning looks, fire-breathing performance, and non-stop thrills behind the wheel. The engineers at Chevy have worked hard to maintain that character while pushing the limits of what the Corvette can do with each successive build.

With the 2016 Chevrolet Corvette they have reached a new peak. This car confidently challenges any performance-oriented vehicle on the road right now, and in most instances leaves the challengers in the rearview mirror. Learn how the new Corvette stacks up against the 2016 Nissan 370, then experience the superior model in person at Tom Gill Chevrolet in Florence, just 20 minutes from Cincinnati. 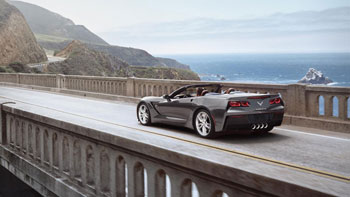 The 2016 Chevrolet Corvette is available with one of two different engine options, both of which deliver the kind of high-powered performance you’re looking for in a car like this. The 370Z, by contrast, offers only one engine option, and it’s quite weak by comparison. 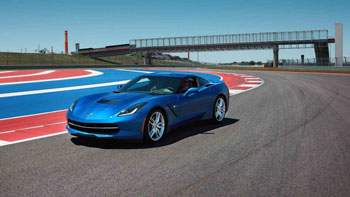 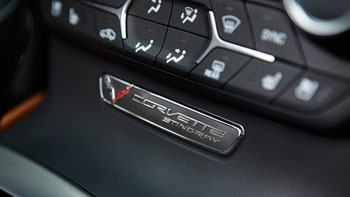 A performance-oriented vehicle should still be comfortable, convenient, and loaded with advanced tech. You will find a lot more of the features you’re looking for inside and outside of the Corvette. The base trim comes standard with race-quality Brembo brakes, heated mirrors, dual-zone climate controls, plush leather upholstery, and an eight-way power driver’s seat. Advanced features include the Chevy MyLink infotainment system linked to a 8-inch touchscreen, a rearview camera, a nine-speaker Bose stereo system with satellite radio, and the OnStar telematics system that also doubles as a 4G LTE Wi-Fi hotspot.

The base trim of the 370 comes equipped with none of the features mentioned above and feels relatively stripped down by comparison. For example, the steering wheel is wrapped in leather, but the seating upholstery is made of cloth. The stereo also has only four-speakers and no satellite radio, and advanced features don’t enter the picture until you reach more expensive trim levels. You also won’t find mobile internet access at any trim level. 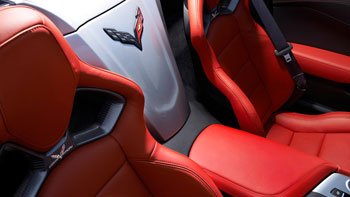 The biggest criticism levied against many sports cars is that they are impractical as daily drivers. That’s certainly true of the 370Z due to its cramped confines and almost total lack of cargo space. But the Corvette proves to be an exception. The cabin feels roomy and refined with an obvious focus on the driver but plenty of space for the passenger too. Coupe configurations can carry 15 cubic feet of stuff while convertible versions can carry 10 cubic feet.

The shape and dimensions of the 370z make it feel particularly tight inside, and lower level trims have a down market feel. Carrying all but the smallest items is almost impossible because the coupe offers just 6.9 cubic feet of cargo space and the convertible offers just 4.2 cubic feet.

When you’re ready to drop the throttle in a 2016 Chevrolet Corvette, make your way to Tom Gill Chevrolet located at 7830 Commerce Dr, Florence, KY. To reach our dealership from Cincinnati, simply follow these directions: