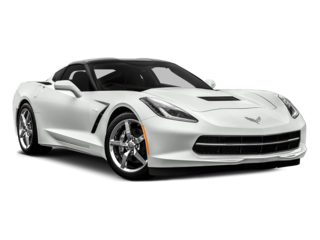 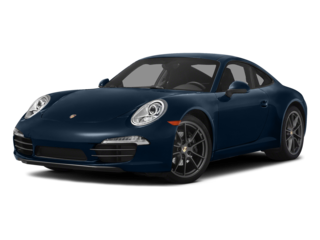 The 2016 Chevrolet Corvette and the 2016 Porsche 911 both stand as the next models in two of the most legendary sports car lines, but only one is right for Florence and Cincinnati drivers. If you’re looking for the most power, the strongest efficiency ratings, the most up to date technology, and flawless peace of mind, then only one the 2016 Chevy Corvette will cut it. Keep reading to find out how, and then check out the new Corvette for yourself at Tom Gill Chevrolet

When it comes to getting world-class speed on a budget, the 2016 Chevy Corvette is your obvious first choice:

The 2016 Chevrolet Corvette provides Florence and Cincinnati drivers with a phenomenal level of performance that can’t be matched by the 2016 Porsche 911. Each model is fitted with a powertrain that defies belief and takes expectations to a whole new level. The 6.2L LT1 direct injection V8 engine is capable of generating an unstoppable 455 horsepower—or 460 with the performance exhaust—as well as up to a staggering 465 lb-ft of torque. That makes for a thrilling drive under all conditions, while your choice of either 7-speed manual transmission or available eight-speed paddle-shift automatic transmission allows for up to 29 MPG while cruising the highway.

The 2016 Porsche 911 starts at $84,300 with a 3.4L flat-six boxer engine beneath the hood. Capable of making just 350 horsepower and 287 lb-ft of torque, performance is noticeably inferior to the Corvette. Of course, you could always switch to an S model, but even its 3.8L boxer engine with 400 hp and 325 lb-ft of torque don’t come close to matching the Corvette’s.

State of the Art Features

Don’t be fooled into thinking that the 2016 Chevrolet Corvette defines itself simply through raw power. This is a world-class performance vehicle in every sense of the term, and it offers innovative and enticing features which cannot be included in the 2016 Porsche 911, such as:

Of course, Florence and Cincinnati drivers understand the fact that a high performance vehicle needs to enjoy a strong level of coverage as well as a cutting-edge powertrain beneath the hood.  The 2016 Chevrolet Corvette delivers, with warranty coverage that roundly outshines that provided by the 2016 Porsche 911.

The Chevy Corvette has always stood as a testament to American engineering, and the 2016 model is no exception. Find out for yourself at Tom Gill Chevrolet, located at 7830 Commerce Drive in Florence, Kentucky, and contact us for more details or to set up a test drive.